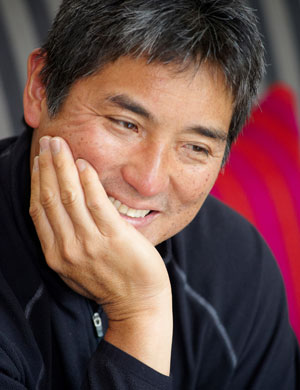 I got something very valuable to share with you. If you are a Singaporean, it matters you more. I’m talking about this interview of Guy Kawasaki on his opinion of entrepreneurship culture in Singapore.

If you’re unsure who Guy Kawasaki is, he’s said to be an entrepreneur extraordinaire, famous for his role in making the Macintosh computer a cult-like worldwide phenomenon. He came to Singapore recently to be the judge of Stanford Global Entrepreneurs Challenge here.

And we are fortunate to have him sharing his opinion about entrepreneurship in Singapore, with INNOVATION’s Tay Lay Leng. Below is the interview. (Source from Visakanv)

I: What do you see as the biggest difference between the United States and Singapore in terms of inculcating entrepreneurship? What do you think the local environment lacks?

Kawasaki: Singapore has based its educational system on the expectation that its graduates will work for the government or multinational corporations (MNCs), neither of which prepares one for entrepreneurship. In America, if you work for a large company for a long time, people ask why. In Singapore, if people leave a large company, people ask why. This is a huge difference.

In addition, the Singapore leadership has been visionary and strong and as a result have developed the strategies and tactics for the growth of the country from the top down. As a result, the educational system has encouraged the society to learn and pick up knowledge and facts but not necessarily to be creative, which is a key factor in entrepreneurship.

I: Do you foresee any shift in this mentality soon?

Kawasaki: Singapore is concerned that manufacturing and MNCs are going to China. So if Singapore is not making products and MNCs are not bringing in capital, I would think something has to change. Physical goods may have had to pass through Singapore, but intellectual capital and financial capital doesn’t. Recent speeches given by the government show a recognition that Singapore needs to evolve to adapt to the changing global conditions. There also appears that resources are being allocated towards programmes for developing entrepreneurism in Singapore. If there is a country that can decide to do something and then do it, it’s Singapore. But entrepreneurship and its necessary risk taking may go against current thinking and “the system.”

I: Do you think change is possible in a structured environment?

Kawasaki: Anything is possible. The first 90% is already done: people in Singapore realise that technology entrepreneurship is crucial to the future. The second 90% – producing a generation of entrepreneurs – is the hard part. Ironically, Singapore’s past success is a barrier to its future.

You can increase the probability by changing regulations; for instance, allow using money from the Central Provident Fund to start a company or eliminate government service following government-sponsored education abroad.

I: Does the small population base in Singapore serve as a barrier to success in entrepreneurship?

If Israel can do it, why can’t Singapore? It will take changes in social conventions. If Singaporeans are raised to think that the best people work in government, education and large companies, change will be slow. Singapore needs a few technology entrepreneur heroes – for instance Creative Technology’s Sim Wong Hoo.

I: Does making money figure very highly in motivating someone to become an entrepreneur?

Kawasaki: Contrary to popular belief, it’s not the most important motivation. Money is one of the natural outcomes for successful companies, but it’s very seldom the original and central goal.

I: What motivates you personally to start up something?

Kawasaki: I am beyond the point of starting companies. I’m interested in helping others start companies that change the world.

I: Any advice for those raring to be entrepreneurs?

Kawasaki: Go for it! The unlived life is not worth examining. And don’t let anyone’s estimation of your capabilities limit what you try to do.

I: Does one need to have talent to be innovative, or is it sheer hard work?

Kawasaki: This is the same as asking if entrepreneurs are born or made? They are made. Many factors contribute, but almost anybody can be an entrepreneur if he or she puts in lots of hard work along with being open-minded enough to gather lots of input, process it, and be effectively creative.

I: Would you advise somebody to go abroad to build up their exposure and their spirit of entrepreneurship?

Kawasaki: I would encourage everyone who dreams of being an entrepreneur to do this. They will see another “operating system” in action. There is one danger in doing this, however. People often come to Silicon Valley and see the lawyers, venture capitalists, bankers and incubators and think, “All we have to do is build this infrastructure, and we’ll have entrepreneurship.”

I’m awe-inspired by what Guy said in this interview. I hope you are too. If not, you might like to read his article a few times. 🙂

One thought on “Guy Kawasaki Talks About Entrepreneurship In Singapore”